The term ‘Buddha-like’ went viral on the internet earlier. People apply a ‘Buddha-like’ philosophy to everyday life, either at work, in a relationship or preparing for examinations. The term originally means being calm, avoiding conflicts and not taking everything seriously, but the new generations have given a distorted meaning to the term: close to slacker, have no desires and avoid any problems. What if art goes ‘Buddha-like’ as well?

Evan M. Cohen is a New-York-based illustrator who is well-known for his ‘Buddha-like’ illustrations. By ‘Buddha-like’, it means his work is calming, soothing, and a bit religious and meditational that it inspires people to find peace amidst chaos, ‘see through the vanity of life’, keep a calm mindset towards life and immerse in nature. Evan values the relationship between humans and the world and adheres to a belief that we can understand life through science or religion or meditation. He makes his work distinctive and unique by using repeated elements to deliver the messages in the form of comics. 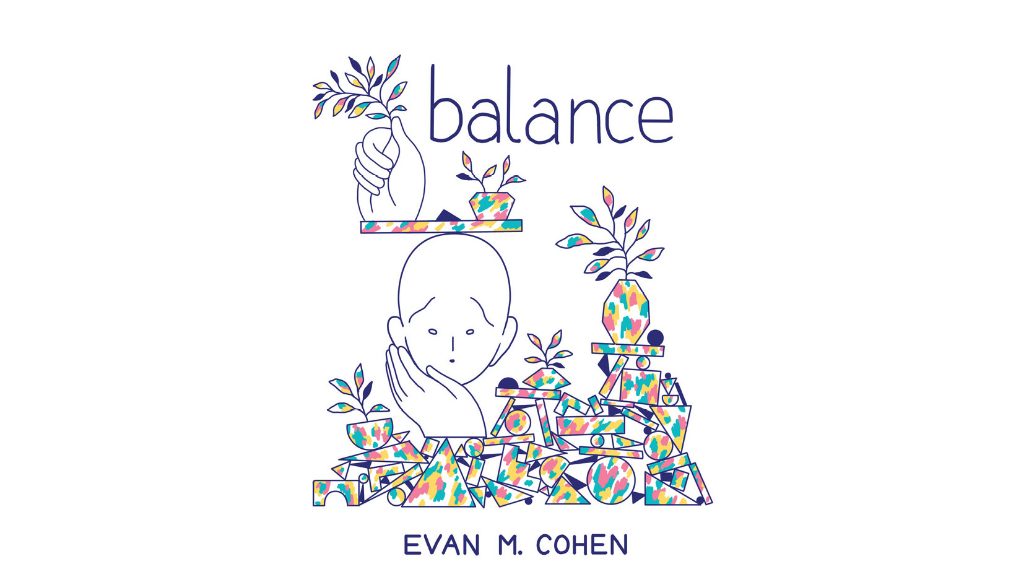 It takes time to dig deep into the work of Evan M. Cohen and understand the philosophy behinds. ‘Balance’ explores the importance of ‘balance’ in life – finding the ‘balance’ in the midst of troubles, technology and anything that keeps holding onto us and how a state of ‘balance’ keeps us calm. ‘Balance’ uses three soft pastel colours repeatedly to show the transitions, a medium that helps us reach a state of serenity. 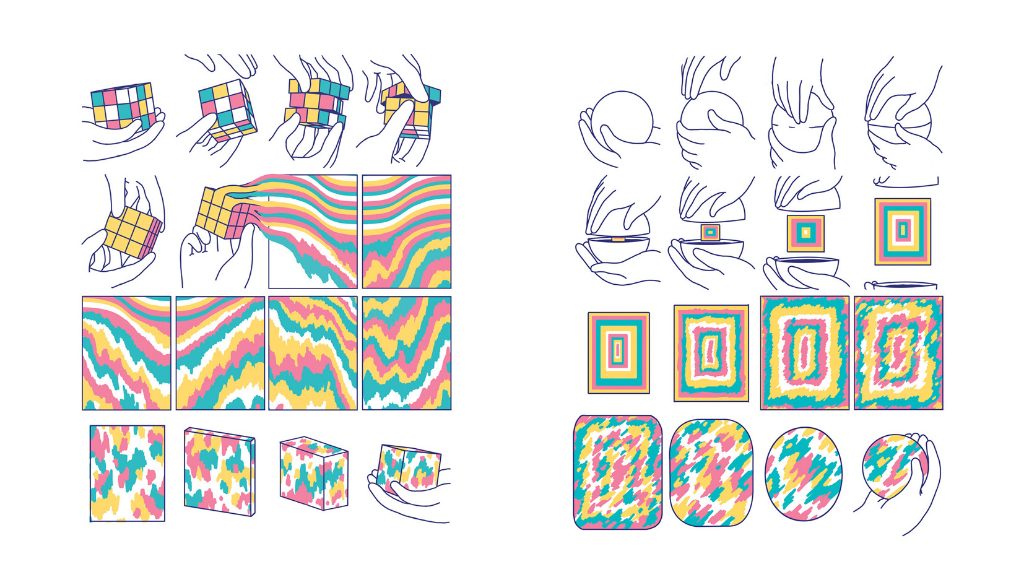 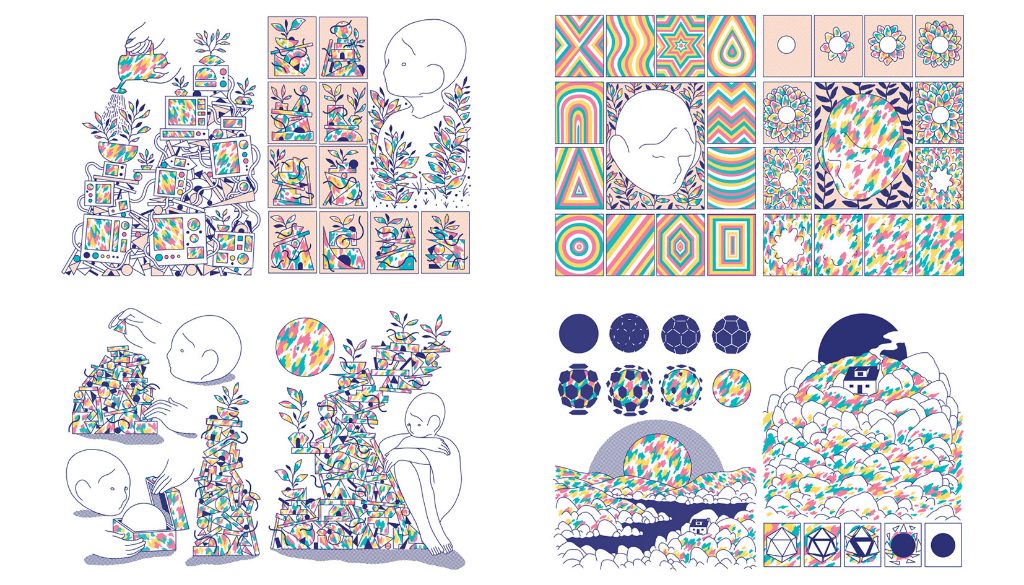 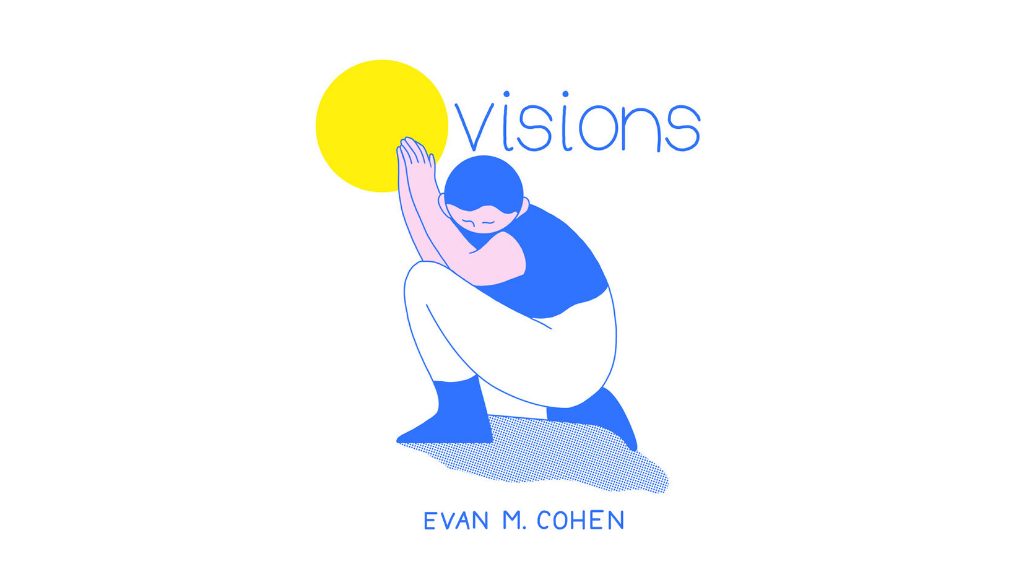 ‘Visions’ explores the relationship between humans and the world, or even the spiritual and physical, and depicts how the community comes together and gets through the obstacles and creates connections with the world at large. Evan values the power of ‘community’, so he created characters with the same appearances in this comics series and shows how they work as one and help one another out to find peace in their own world. In the comics, Evan plays with the format of the comic book, where the panels are the obstacles in the landscape. The characters have to break free from the panels as they walk or climb their way to find peace. This series uses blue as the key colour and yellow to represent a bright future, leaving the viewer with a positive outlook on life. 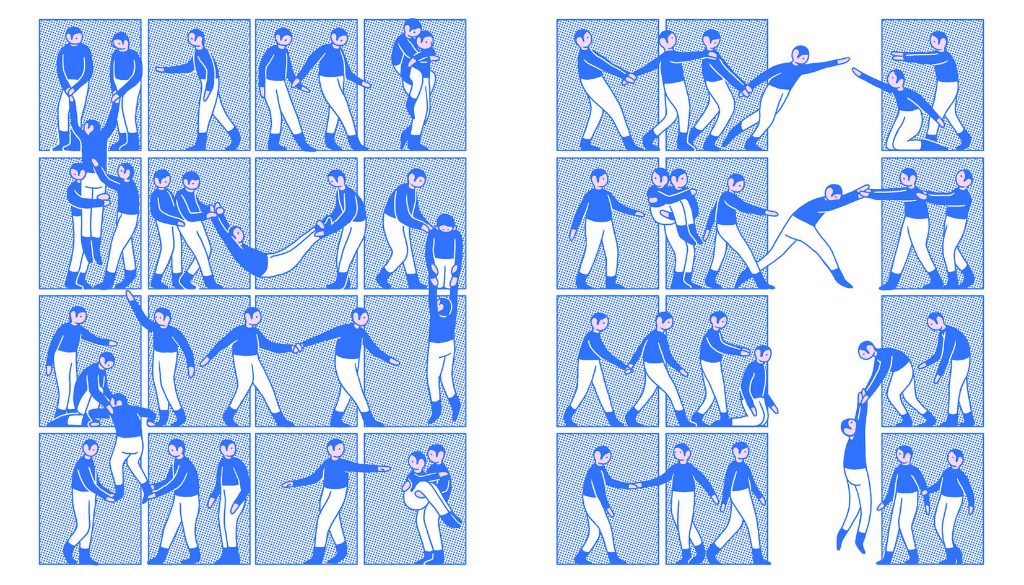 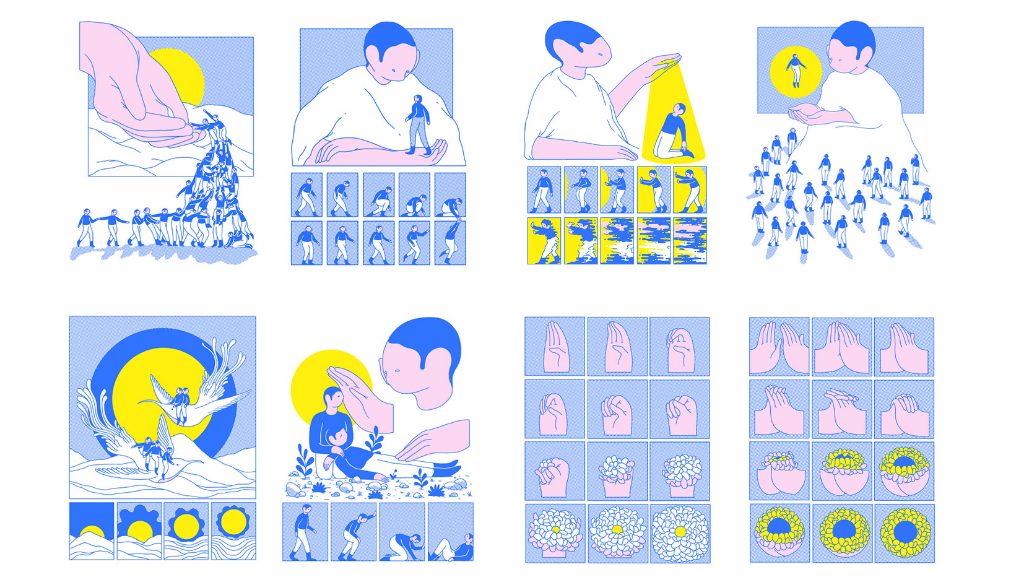 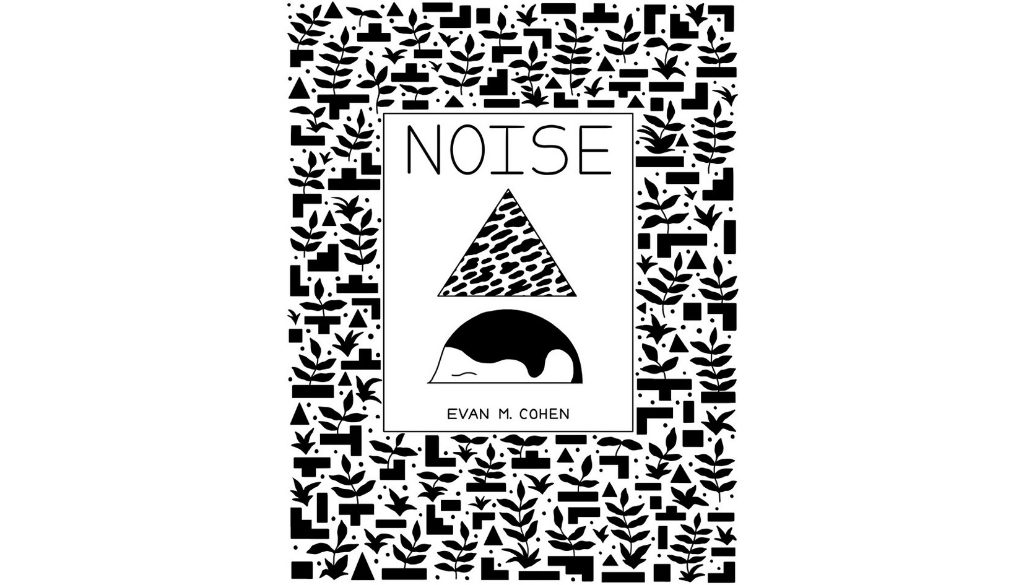 Life is not always easy. The burdens in life suffocate us, leaving us anxious, afraid and stressed. ‘Noise’, the only black-and-white comics series by Evan M. Cohen, depicts the ‘noises’, i.e. the stress in life, that hinder us from connecting with the reality. The comic panel setup conveys the progression of the protagonist’s feeling over time, showing walls closing in, burdens weighing on his shoulder. A larger format is used to show the ‘noise’ is imminent. As ‘dark’ as the series looks, the clouds represent serenity, a spark of light in the darkness. 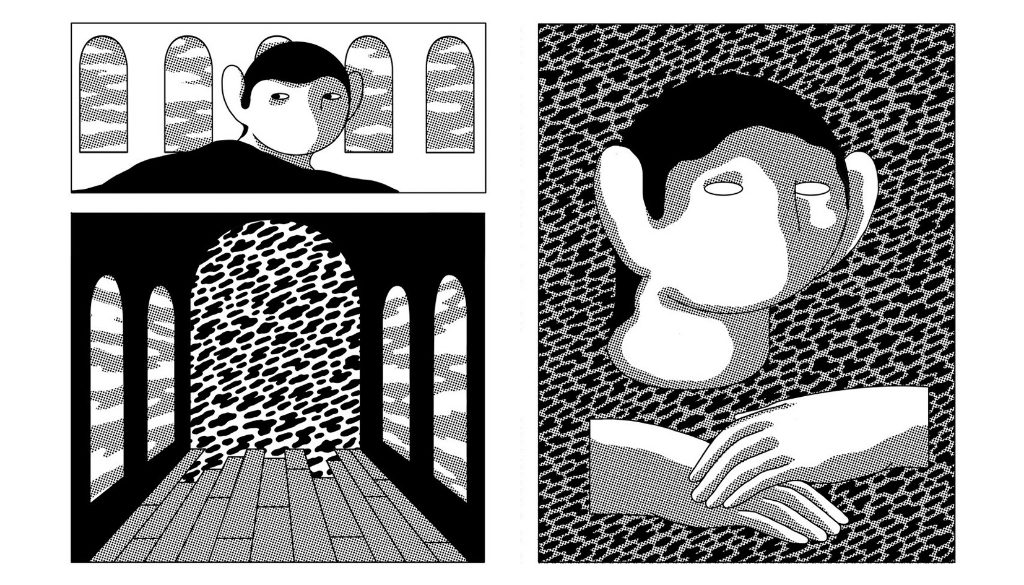 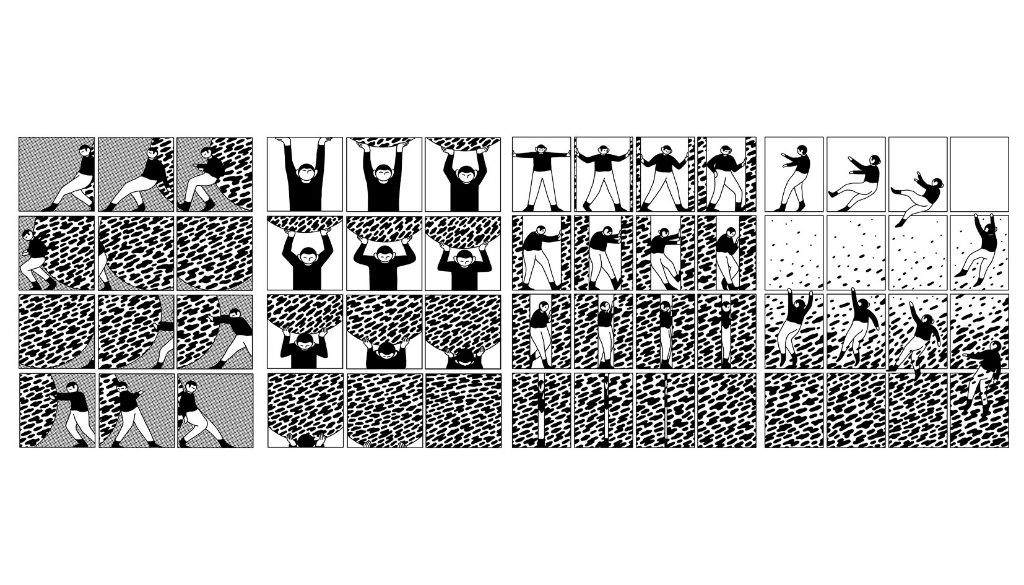 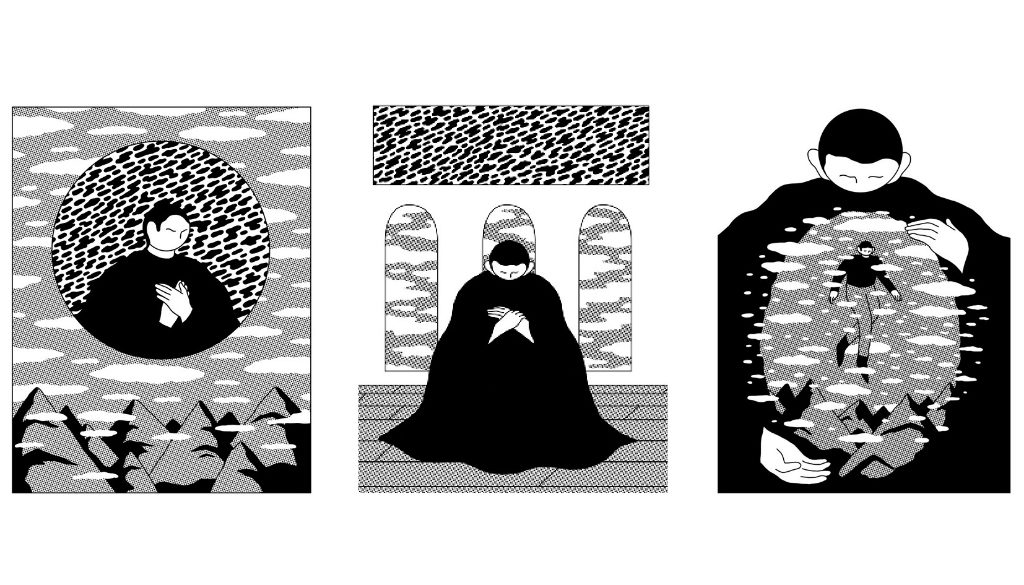 A new comics series will be launched this autumn. Although the official launch date is still a bit far from us, Evan is already offering us a sneak peek at his new work on his social media. The new series takes place at a Japanese garden where we can find a white cat rambling through the garden and other elements of nature, e.g. stones, Japanese pine trees, the moon and a waterfall. Conceptually about healing, the new comics series appears to praise the beauty of nature and encourage people to become attuned to nature and find happiness in the simplest things. 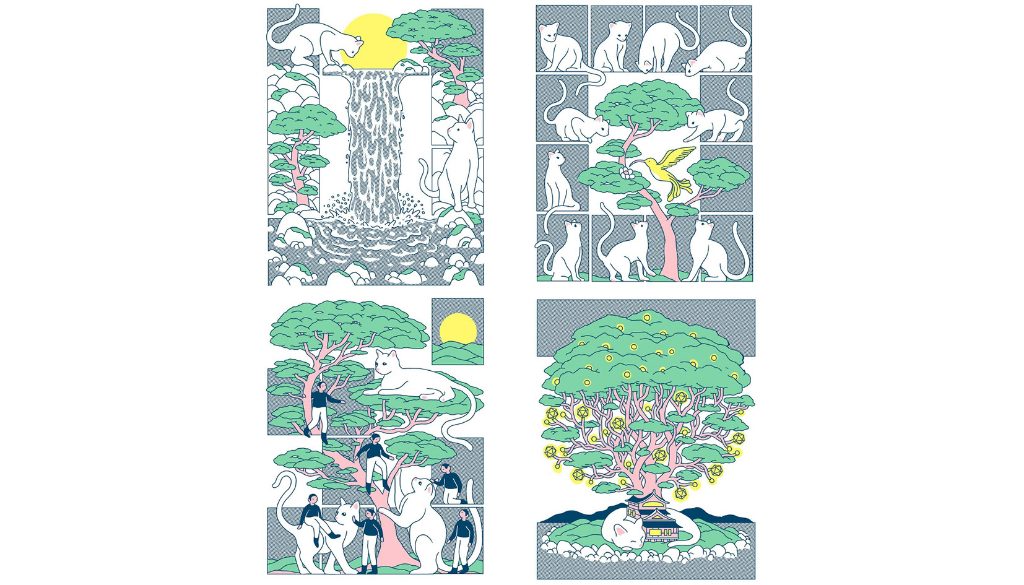