The 2018 FIFA World Cup, one of the most popular athletics events in the world, is here!

Millions if not billions of fans are getting excited for the cup. This year’s party takes place in Russia, across eleven host cities in June and July. Each year’s World Cup logo carries the spirit of the tournament, as well as the elements of the host country (Having a World Cup logo has become an official practise only after 1950). The art styles of their designs are very different too: Some posters in the early period were infused with the elements of the major design movements of the 20 century, while the logos from 1970 onwards had a drastic change in terms of the style and design, using only simple and clear geometric shapes and a minimal colour scheme. It was until 2002 that a vibrant and colourful style was applied to the logos.

As we are anticipating how the World Cup is going to unfold, why don’t we also take some time to look at the visual revolution of the World Cup over the centuries. 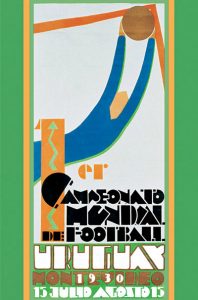 The first World Cup poster. It shows a goal keeper dressed in Uruguay’s national colours catching the ball at the pinnacle of the goal frame. The angular and round shapes in the poster makes the poster an example of art deco design. 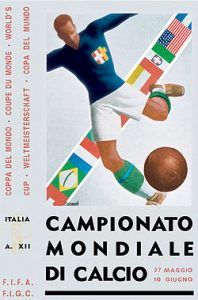 The poster embraces a Bauhaus style. Adopting oil painting techniques, It features a football player on his jersey. His socks are white and green, which are the flag colours of Italy. The flags of the participating countries are shown in the background. 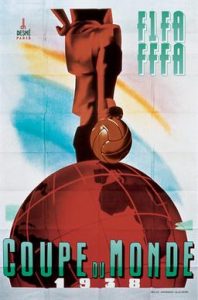 The world is at your feet and a football too. The posture of the football player articulates victory and confidence. The background uses the colour of the French flag in a slightly different shade and features condensed and decorative typography.

A logo designed for the post-war World Cup. It was the first to sport an official World Cup logo, but still it looks like a poster.  The logo uses the Brazilian flag colour as the theme colour.

Minimalism and simple. The red cross, representing Switzerland, is placed on a football, which is also a globe, to signify that Switzerland is the host country of the world tournament. 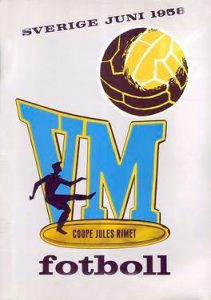 Although it is a ‘logo’, it is still quite poster-like. The letters VM are short for Varldsmasterskapet, Swedish for “World Championship”. The ball and the football player summarise the essence of a football event.

The logo features a stadium in the middle. Chile’s national flag is positioned on the ground, which signifies that the tournament is taking place on their grounds. On the background is a globe and a football, symbolising the global nature of this football festival. 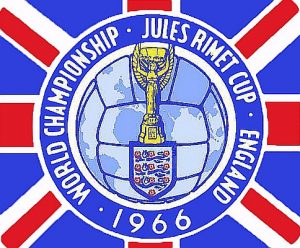 A globe, with Jules Rimet trophy and an English coat of arms in the foreground, is placed on top of the iconic British flag. Every element is symmetrically aligned. 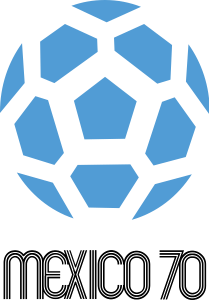 The logo in 1970 is all about simplicity. It uses positive and negative space to depict a football. The inline typography references the famous Lance Wyman’s 1968 Olympic identity. 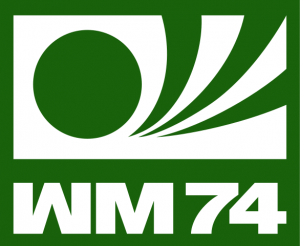 As West Germany was the host country, the logo features the letters ‘WM’, short for Weltmeisterschaft, which means ‘World Cup’ in German. The bold typeface represents West Germany’s perseverance. Simplicity reigns in this logo. The simple forms are evocative of a football, the contact point and the motion. 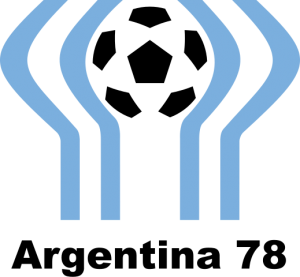 The logo which contains a football and striping in the colour of Argentina resembles a man’s cupped hands holding a football. The simple design does its job to deliver the nature of the tournament. 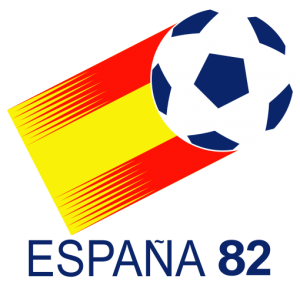 The logo is formed by two fundamental elements: a football and the national flag of Spain. The Spanish flag is placed in the middle diagonally as if to set the football in motion. 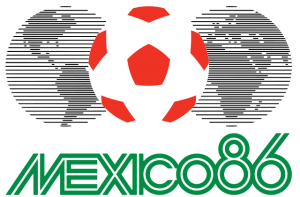 A football is placed between two parts of the globe, visualising the slogan in ‘The World United By Ball’. Inline typography is used, referencing the 1970 World Cup, which was also hosted by Mexico. 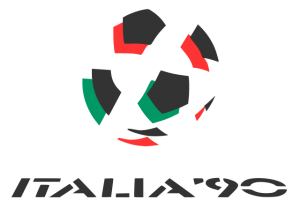 A visual illusion design. The logo uses the colour of the national flag, red and green, and black to create the shape of a football and to suggest motion and energy . It also uses stencil typography to add a special touch to the logo. 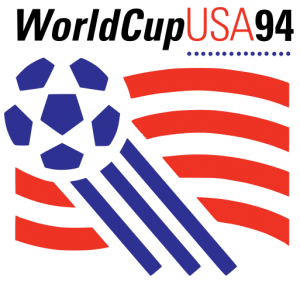 People can easily tell the host nation of the year by looking at the red and white stripes. The blue section of the flag is represented by a football kicked upwards, symbolising the movement and energy of the sport. 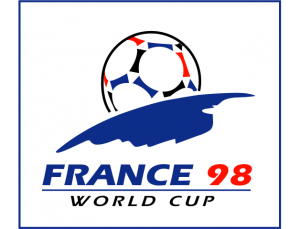 The logo uses the three colours of the nation, blue, white and red. The football that rises over the Earth’s horizon as though it is the sun shows that how much football means to the world. 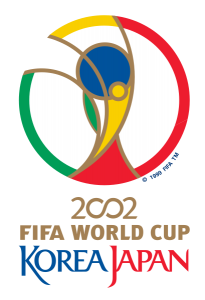 The logo incorporates the World Cup Trophy as the central stylised feature, while integrating the elements of Korea and Japan. The colours reflect the international nature of the sport. The two zeros in the year 2002 are represented by the infinity symbol, symbolising the unity and the link between the co-organisers and all others involved in the event. The typography reminds of calligraphy. 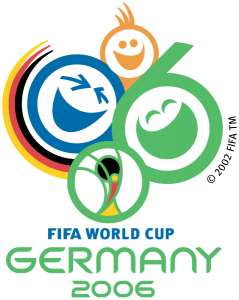 Intending to reflect the happiness and excitement one can feel in a football match, the logo visualises the year’s slogan ‘a time to make friends’ through the use of the smiley faces. Two of the faces are formed from a ‘06’. The colours of the Germany’s flag are integrated into the logo in a subtle way. 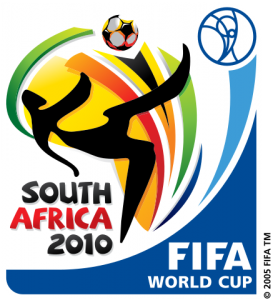 The logo features a silhouette of a person performing a bicycle kick on a football. The background is rendered in the flag colours of South Africa, forming the shape of the African continent. The playful and colourful design reflects the charm of South Africa. 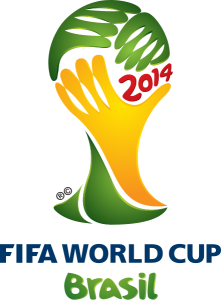 The logo uses the colours of the Brazilian flag, yellow and green, to represent the beaches and the tropics in Brazil. The five fingers symbolise Brazil’s five World Cup victories. The hands form the image of the World Cup trophy with hands holding up the trophy in victory. 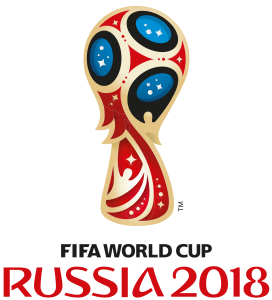 Inspired from Russia’s history of space achievements, the top element reminds us of a football together with the sputnik’s shape. The logo uses red, gold, black and blue, reflecting the centuries-old techniques seen in renowned Russian art dating back to the earliest icon paintings.

Among all these logos, which one do you like most?