Prophet with Black Humor – The “Fancy Face” of Joan Cornellà 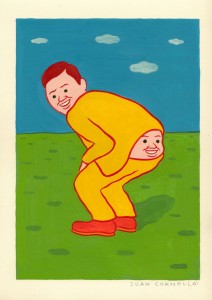 Most of us recognized the six-frame comic of “Fancy Face” then the name of its creator, Joan Cornellà. Actually, the works of Cornellà are not about “beautiful”. They are violent, bloody, pornographic, disgusting, surreal, which lead to two different comments. The supporter thinks his works are black humor and valued as they are digging into the society. The opposite side thinks that his works are horrible, meaningless and the children will learn form the impropriety.

From “Normal” to “Abnormal”

In fact, the work of Joan Cornellà weren’t like this at the very beginning. He was a “normal” illustrator and his ironic works were more realistic and with dialogues! Let’s see some of his comics and illustrations back in 2011. 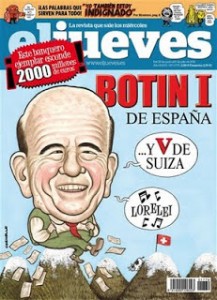 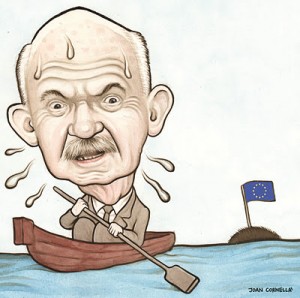 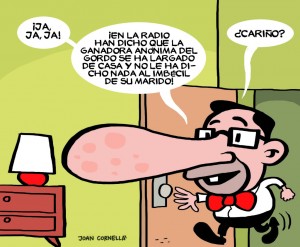 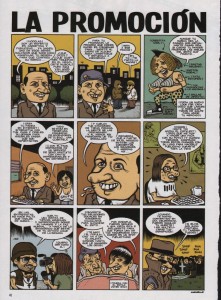 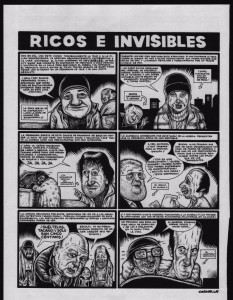 In August 2012, the styles of his works were changed. We may say it is the draft of “Fancy Face”. Aren’t the eyes of the man on last two pictures similar with nowadays’?

On 10 October 2012, the first comic of “Fancy Face” was published on Joan Cornellà’s blog. He won lots of praises. His fans commented, “Sublime.”, “Buenísimo jajaja sigue así!” (“Really good! hahaha! keep it up!”) 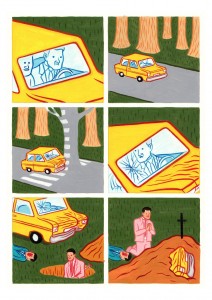 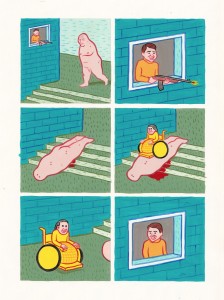 Positive comments were left. Joan Cornellà replied, “Quiero hacer más cosas de este estilo…” (“I want to do more of this style …”) In the coming days, Joan Cornellà has kept his words. He released new work in the next 3- 7 days. 2013, “Fancy Face” was given a priority place, and there were products launched.

9 of the recent six-frame comics by Joan Cornellà. 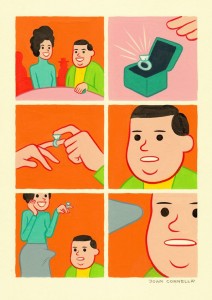 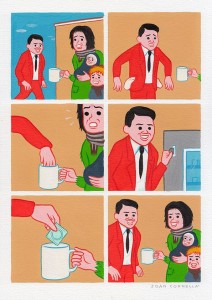 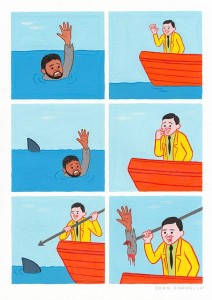 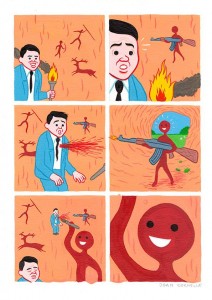 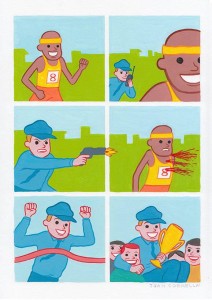 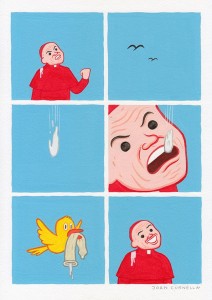 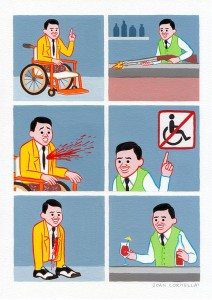 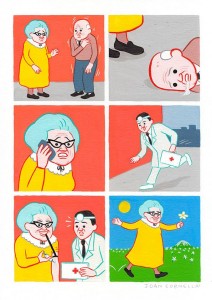 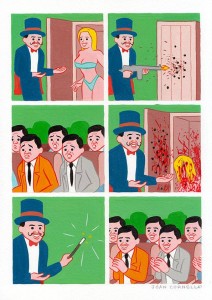 There are also four or five frames: 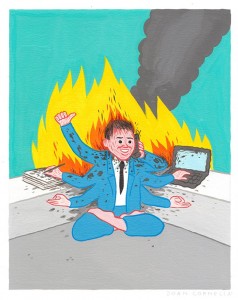 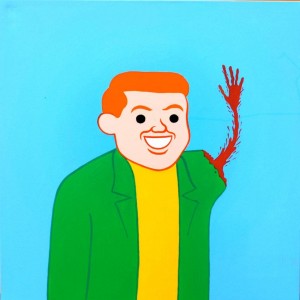 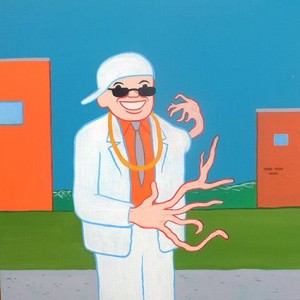 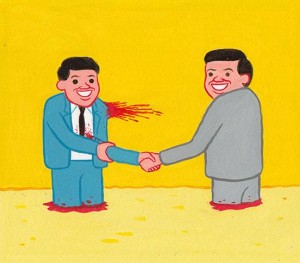 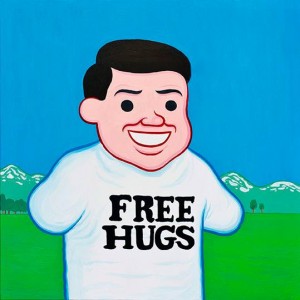 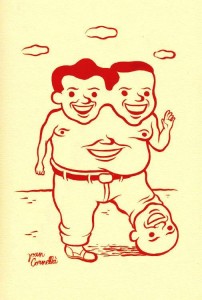 The man with a “Fancy Face”, the innocent supporting role, the dialogue–free story, the bloody story, and the imaginable ending, all the above are the key of the works of Joan Cornellà.

Few months ago, Joan Cornellà has raised fund through Kickstarter, in order to create animation from his past comic. The first animation was released in December 2015. There are 8 animations so far. Interested to watch a few? 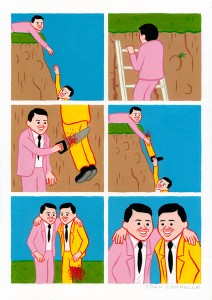 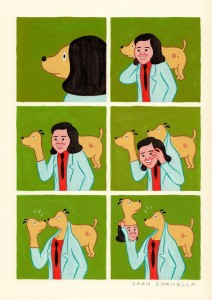 This is one of the work of Joan Cornellà created on November 2014.

The blue man left the dog shit on the street. The red man believed that it was rubbish, so he kept it for his own for eating. However, the yellow man thought red man is a shit-thief, so then shot at him. Eventually, yellow man returned the shit to the blue man.

This story reflects something really happened in our city, No wonder Joan Cornellà has been titled as a prophet by some people 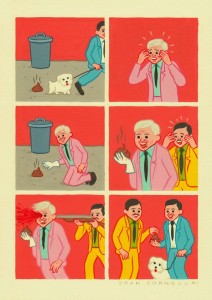 How many stories will come true? We don’t know. We hope none of them. However, we all know Joan Cornellà makes Asian premiere in Hong Kong! Works and the new book Zonzo will be exhibited. Joan Cornellà will show up in the first day of the show to meet his fans and sign his new book.

Fee: $50 (a lucky draw to win a limited edition illustration and present) 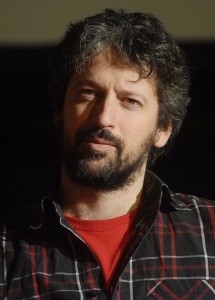 Source of the Pictures:

Source of the Animations: